Game On: Is chess better than checkers?

Is chess better than checkers? The game of chess has appeared as a literary reference throughout history. This classic boardgame with universal understanding and appeal makes the perfect narrative tool for many storytellers. However, not every writer agrees with the popular opinion that chess is worthy of its elite status. 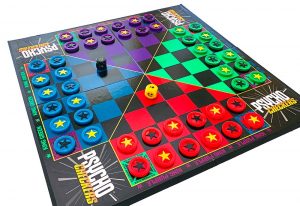 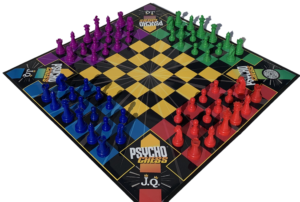 The famed author Edgar Allen Poe gave insight into the mindset of chess and checkers players in 1841 in The Murders in the Rue Morgue, the first detective story of its time. The renowned writer used chess play (unflatteringly so) in his account to juxtapose and explain “calculating and analyzing.” This comparison between the two terms, and his utilization of chess and checkers to exemplify the difference, influenced generations of writers’ opinions regarding the games.

So why was Poe so down on chess? Historians debate whether Poe was a) not a fan of chess, b) didn’t understand the game thoroughly, or c) was not a good player, which could have shaped his opinion of the past time revered by so many. Regardless of the truth, the author characterized chess as a game inferior to draughts (an alternate term for checkers), which has been disproven by science over time.

Regarding the strategy, concentration, and luck associated with both games, not much has changed in the past 180-ish years since Poe’s story was published. Since the 1970s, researchers have conducted many studies regarding the benefits of chess, including improved test scores for elementary school students, advancements in math and reading scores, and heightened creativity for those who learn and practice the game.

So why, nearly two centuries ago, did this author have such a chip on his shoulder regarding a popular and timeless game? Poe’s discourse ties analytical thinking to chess play, and he argues that the more concentrated (not strategic) opponent often succeeds.

Was Chess Too Hard for Mr. Poe?

According to Poe, in chess, “where the pieces have different and bizarre motions, with various and variable values, what is only complex is mistaken (a not unusual error) for what is profound…If it flag for an instant, an oversight is committed, resulting in injury or defeat. The possible moves being not only manifold but involute, the chances of such oversights are multiplied; and in nine cases out of ten it is the more concentrative rather than the more acute player who conquers.”

Poe essentially positions checkers as the superior game, noting that “the moves are unique and have but little variation, the probabilities of inadvertence are diminished, and the mere attention being left comparatively what advantages are obtained by either party are obtained by superior acumen.” He writes that “the analyst…may seduce into error or hurry into miscalculation” their opponent.

Poe dismisses the strategy and calculations involved in chess and chocks victory up to the most concentrated player. Checkers, he believes, is played by those with “superior acumen,” even though the game is much less complex than chess.

Is chess better than checkers? Tell us what you think.

At Jimmy Q Games, we are boardgame enthusiasts and appreciate chess and checkers equally. What’s your opinion of Poe’s interpretation of chess versus checkers? Drop us an email and let us know your thoughts!