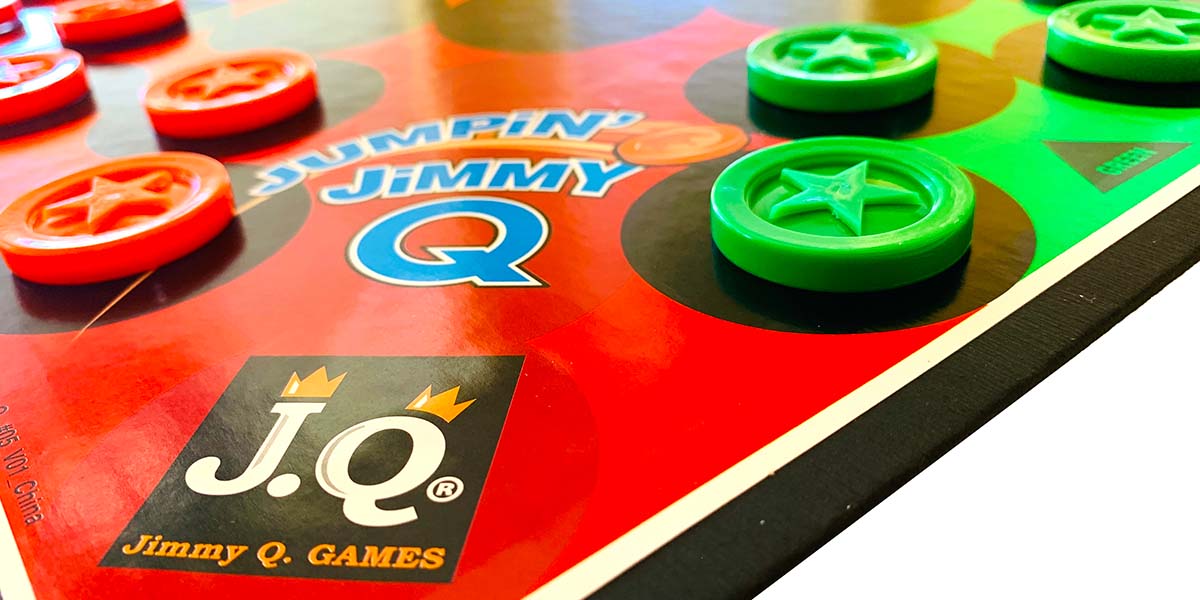 Jimmy Q Games started with a dad, four kids (two sets of boy/girl twins), and the desire to invent a shared, family-friendly board game experience for multiple players. According to owner Keith Alan Spaar (the dad), he struggled to find classic board games that all four of his kids could enjoy at the same time.

“The classic board games entertain many children at one point or another. Like chess or checkers,  they are fun for two players. But when the group grows to four, six, or even eight, some kids are left on the sidelines,” said Spaar. “I made a way for kids to share board gameplay with a twist.”

The twist in Jimmy Q games – known as “Psycho” rules – involves taking some of the strategy and turning it into luck. Spaar, a veteran Art and Creative Director, took his thirty years of experience working for a well-known party retailer and channeled it into game invention.

How to turn chess into a family-friendly board game

Spaar began his board game venture with Psycho Chess. “Chess is the game of kings, and in some countries, they teach small children how to play to encourage thinking strategically and analyzing situations,” said Spaar. “When one masters chess, they can truly understand how to plan ahead. A very  useful life skill.”

The challenge, according to Spaar, in learning chess begins when the children playing are mismatched. One older with more experience and one younger with less strategic abilities. Younger kids can become frustrated if their opponent is at a higher skill level and wins constantly. Psycho Chess accounts for that drawback. “Classic chess requires much strategy, but with Psycho chess, the rules are slightly different. Bringing some luck into the game,” he said. “This aspect allows younger or less experienced players to win at least some of the time.”

According to Spaar, his colorful board games (not the traditional black and white chessboard) keep younger children’s attention while teaching the basics of the game. Psycho Chess features red, green, blue, and purple tokens that move about on a yellow-and-black checkered board.

The “psycho” aspect makes gameplay slightly more random to skew the strategy. “The older kids usually win,” according to Spaar, “But the younger kids are challenged. Include Psycho Chess in family game night and learn the basics of chess..”

Chess has seen a resurgence in recent years. In 2020, Netflix released a miniseries called The Queen’s Gambit about a chess prodigy played by Anya Taylor-Joy which garnered 62 million viewers. The interest in chess, and board games overall, became more popular as many stayed indoors due to the pandemic. “Board games are the opposite of video games where it’s single-player. They are a way to connect with family and friends, teaching strategy to kids and tapping into nostalgia for adults. And face it, it’s just fun,” said Spaar.

Jimmy Q’s name is also a nod to Spaar’s four kids (now grownups), a combination of their initials, with a twist, of course. “I took my kid’s initials – J, K, E, W – and named my board game venture Jimmy Q after them since they were my inspiration. Also, every time I see the name, I think of them.”

Jimmy Q’s first game released was Psycho Chess. Check out this game and the others available here.